September 24, 2020November 5, 2020
November 5, 2020
If you missed the GOMMEA Annual Meeting on October 23, or if the narrated photographic tour of Underwater in the Gulf of Maine was just that good that you want to see it again (it is!), you can watch it on the GOMMEA website! 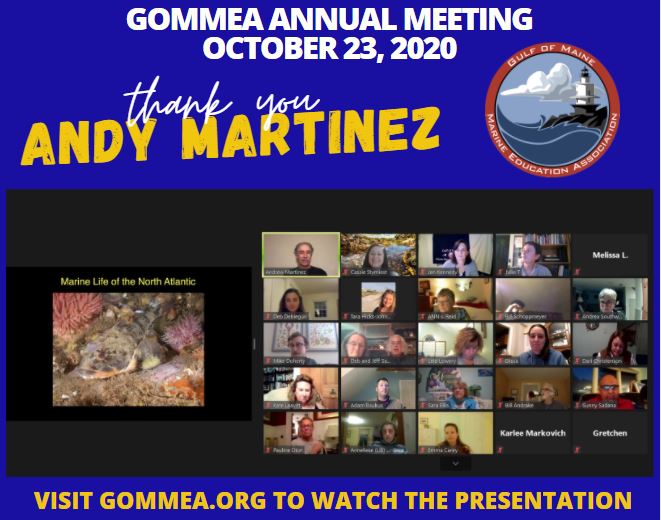 Click here to watch Andrew Martinez’ presentation. Many thanks to Andy for speaking with us and for allowing post-event viewing for our members!

This year at our Annual Meeting our members approved a new slate of Board of Directors, which marked the end of board service for several board members, thanked here in alphabetical order:
We look forward to staying in touch with all of you. As membership is open to anyone, you will all continue to be part of the GOMMEA network.

A big thank you to Jen Kennedy for her steady leadership, organization, and listening as President for the past two years. Thank you to our new slate of officers, which includes myself, Deb Debiegun as President, Julie Taylor as President-Elect, Andrea Southworth and Melissa Luetje as Co-Secretaries, Tara Hicks-Johnson as Treasurer. I am excited to work with these officers, as well as other Directors, as we all discuss and steer GOMMEA’s direction together. I am also looking forward to the input of our three new Directors: Jessica Antonez, Leia Lowery, and Dari Christenson. Welcome! You can read all the board bios here.

Together, we can connect ourselves and others to the Gulf of Maine. We can support each others’ education, conservation, research, and teaching efforts. We can share our passions to appreciate and care for a healthy Gulf of Maine.

Underwater in the Gulf of Maine with Andy Martinez

Underwater photographer Andy Martinez has been diving since 1969. He began capturing his views beneath the waves just a couple years later around 1971. “I have always been interested in marine life and learning about the interactions of its plants and animals,” he said. Like many of us, his inspiration came from watching Cousteau specials. 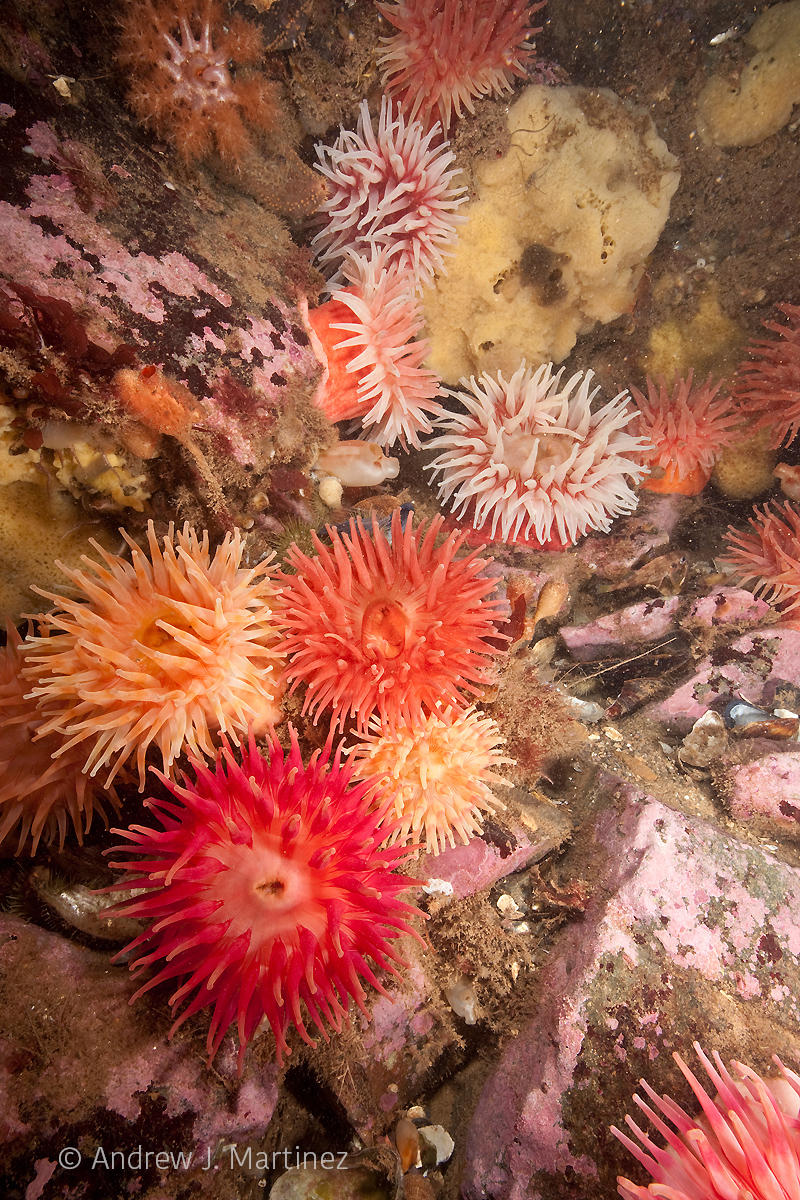 Andy and his wife Candace are closer connected to the Massachusetts Marine Educators as they live in Massachusetts (Candace even served as MME President 1989-91), but recently joined GOMMEA to continue their work in the Gulf of Maine to “inspire young people to the wonders of the region.”

As a marine educator, you have probably picked up Andy’s popular book, Marine Life of the North Atlantic. The idea to make a field guide came during a dive trip to Quebec. He saw how interested the local divers were in marine life and that we did not have one specifically to our region. Andy and a friend originally self-published this book in 1994, but later editions were distributed by other publishers and helped to distribute the book to curious explorers throughout the country, but page limits restricted the content that was included. He and a friend then created an app,📱Marine Life – North Atlantic, so that he could upload hundreds of photos showing animal behaviors such as mating, protecting eggs, defense, and color variations. This provides viewers to better and more accurately identify species in an interactive way as they can receive notifications of plants/animals they hope to see, keep life lists automatically, record what they have seen in their outings or dives, and always have it in their pocket. 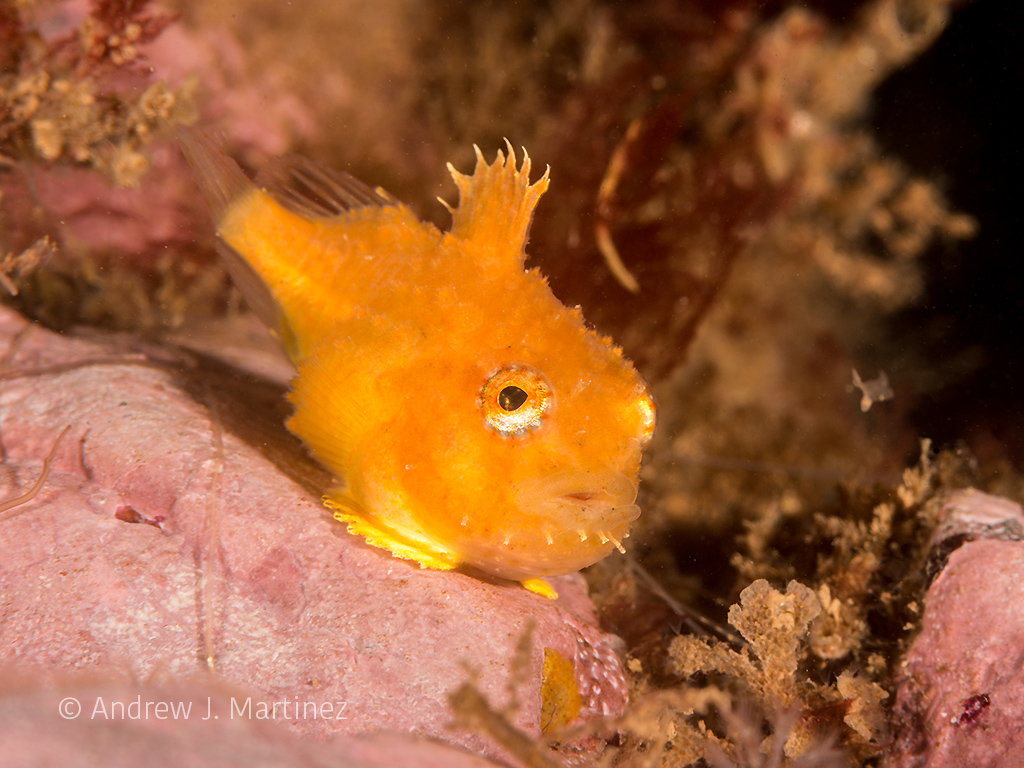 In the book and app, you’ll see more about Andy’s favorite animal – the Spiny Lumpsucker. He said that it “is a cool little fish that can be found in many colors. Sometimes while photographing it, it will jump and sit on your camera or arm and watch you. Definitely puts a smile on your face.”

Andy has spent a lot of time underwater, mostly in Cape Ann and the Bay of Fundy region, but around the world too. In the last few years, he says he has been diving in Indonesia and the Philippines. He said “the biological diversity is amazing,” and that “two years ago I was photographing humpback whales and calves in Tonga and that was very exciting to be with an animal so large and yet so graceful.”

But what is the most memorable thing he’s seen underwater in the Gulf of Maine? Andy says that, “It is hard to pick one memorable moment. There are many little moments that may not seem like a big event to some people… 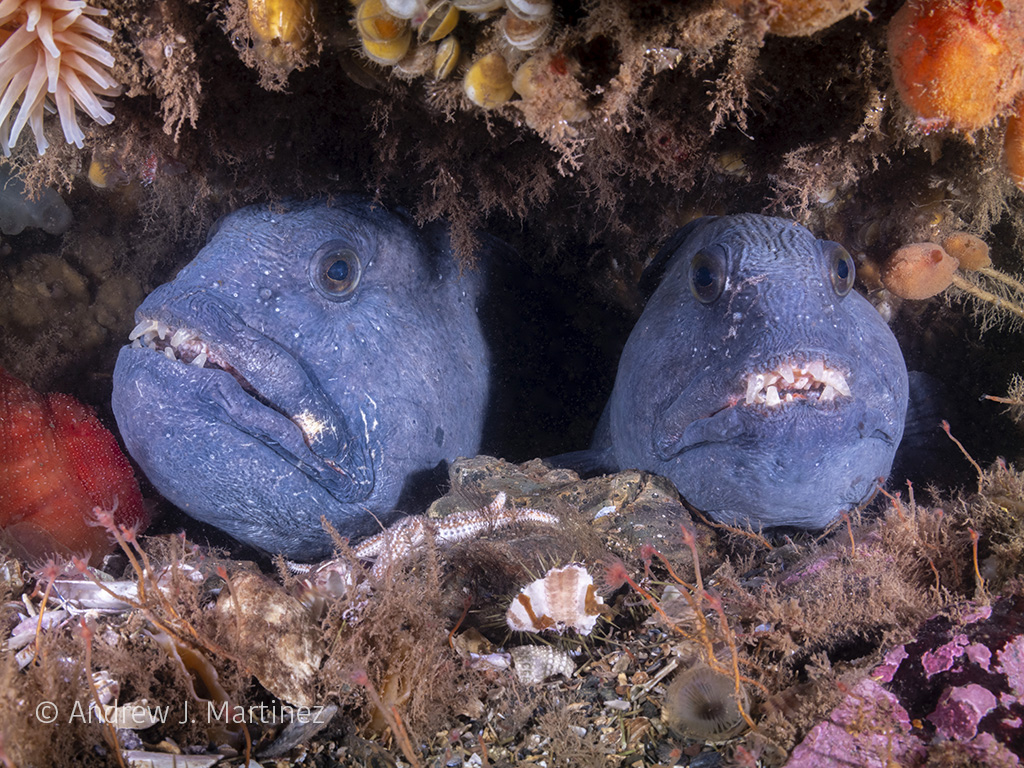 Watching a female Jonah Crab’s eggs hatch into larvae, coming upon walls of colorful anemones, watching a male Shanny guard its eggs, photographing a Wolffish pair in its den, or a 20lb lobster jump over me as I was lying on the bottom. But, it could be just a hermit crab going about its business. it is all like watching a full-length nature film every time.” As a diver for over 3 decades, Andy has observed a lot of change too. He noted that “fish like Scuplins and Goosefish, but also shrimp that once were common are not as common anymore. In Maine, Basket Stars and Strawberry Soft Coral were everywhere, but not now. Anemone numbers are down also.” 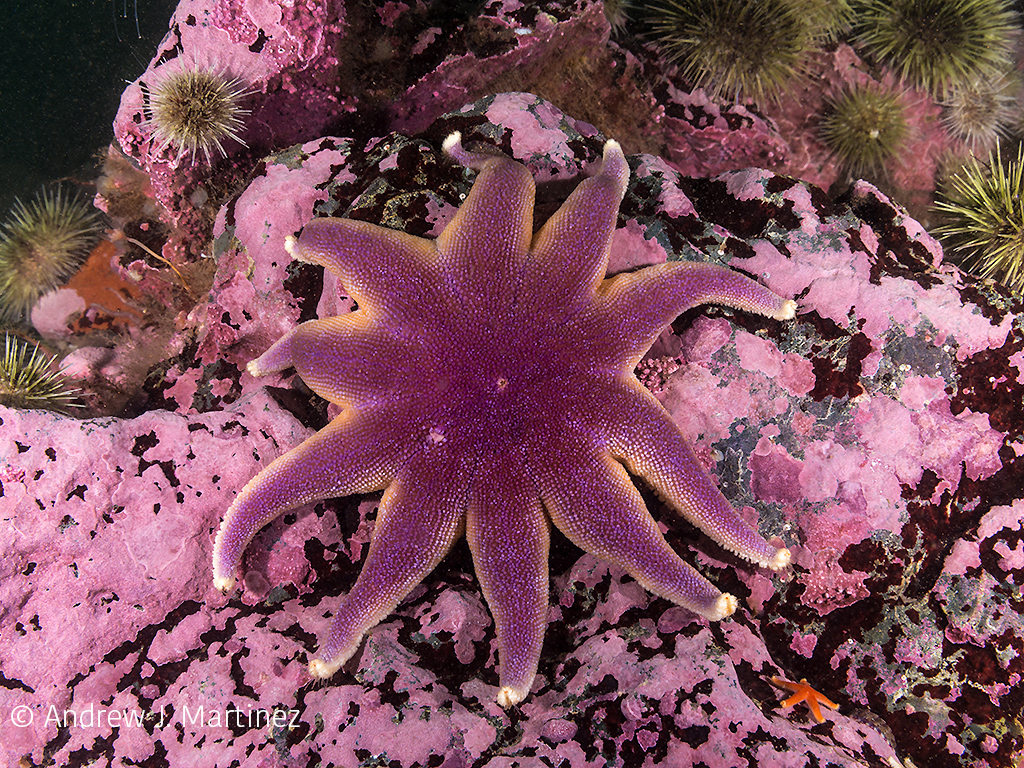 Want to start diving to see these creatures yourselves but not sure where to start? Andy recommends visiting your nearby dive shop – Aqua Diving Academy in ME, Atlantic Aquasport in NH, Undersea Divers in MA to name a few.

To read more about Andy and his work, please visit andrewjmartinez.com